As neighbouring countries, Portugal and Spain have a very close relationship dating back centuries. “FLIPPED” celebrates these two very similar yet distinct cultures, each with its unique tradition of tile work. Although the use of azulejos is deeply rooted in the two cultures, even sharing a common origin, each tradition has applied and used them in different ways, including in terms of colouring. During the dynastic union between the crowns of Portugal and Spain (1580-1640), the two kingdoms shared the same monarch. This mural is my reinterpretation of the portrait of King Philip IV of Spain and III of Portugal (1605-1665) painted by the Flemish master Peter Paul Rubens, yet flipped – a play on words attested to in the very title. 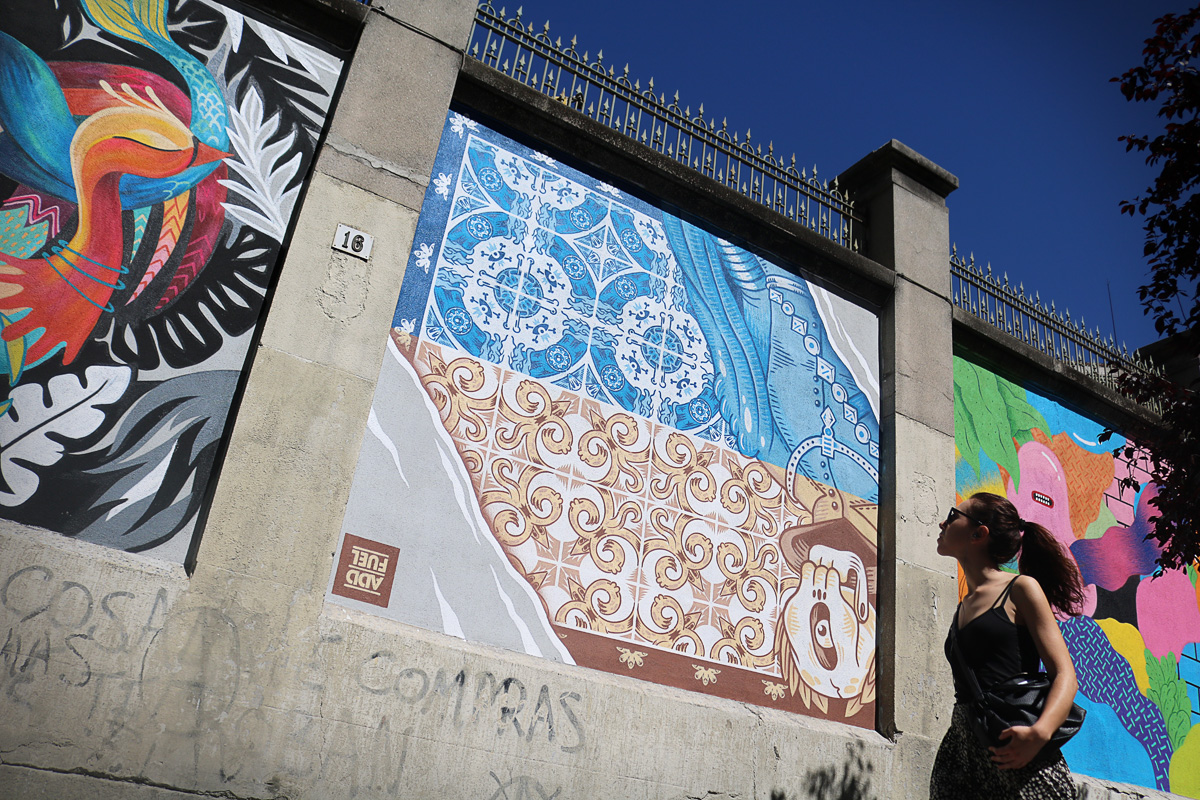 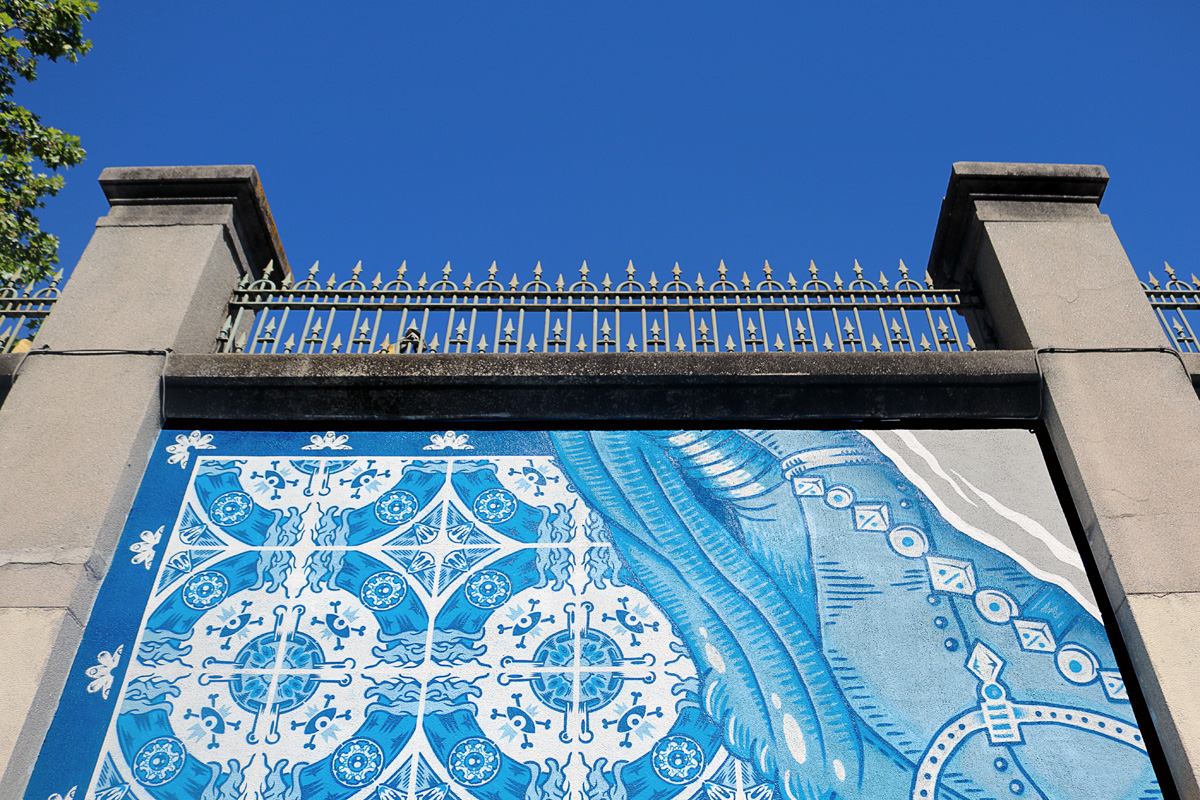